The closing session is always entertaining. Derek Law, Emeritus Professor, University of Strathclyde, Glasgow, Scotland summed up the conference. He noted how thoughtful the organizers have been. During the COVID lockdown he spent time dreaming of Charleston, studying history, and tracking down his large number of publications. This conference began in 1980, and his first publication was published that year. It has continued because its theme, “Issues in book and serial acquisition”, is still relevant now. He listed the following ten moments from 1980:

The Charleston Conferences teaches future proofing. Always expect the unexpected (which is what you do at Charleston). OCLC ran an ad in their newsletter urging people to come to the Charleston Library Conference; it remains as relevant in 2022 as it was in 1980 thanks to constant evolution.  Vendors come to this conference because it is not a library conference; it is a cross section of the whole industry. It is as much a reunion as a conference.

There are also various types of sessions, such as those focusing on learning, debating, groupwork, interdisciplinary, and “water cooler” discussions.

At many sessions, you can participate, not just sit and listen. At the opening keynote, Dr. Mbamba-Thata said “We use information as the currency of optimism, collaboration, and cohesiveness. At the Trendspotting session, a quotation “Choose your future. Choose life”.was significant

Law closed his presentation with thanks to the wonderful backroom logistics team.

The Poll-a-Palooza has become the traditional final session at the conference. This year, it was conducted by Sandy Avila, Digital Library Sales Manager, SPIE, (Note that some of the slides from earlier years are included to facilitate comparison with those of today.) 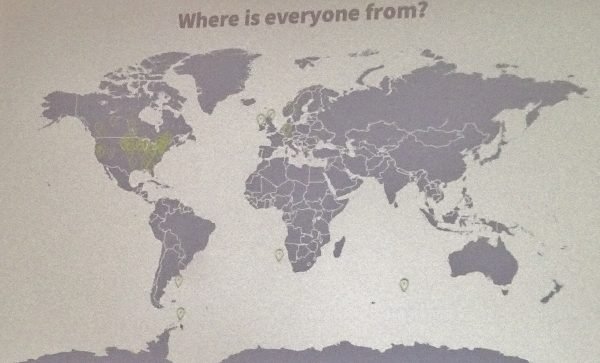 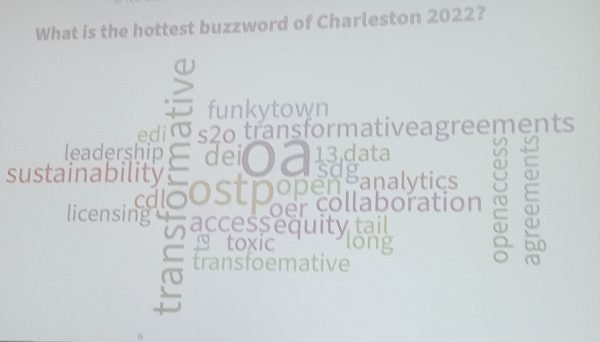 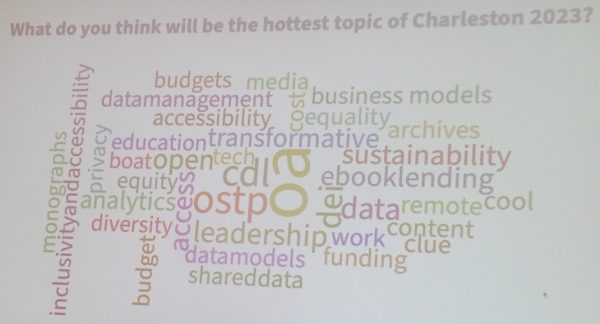 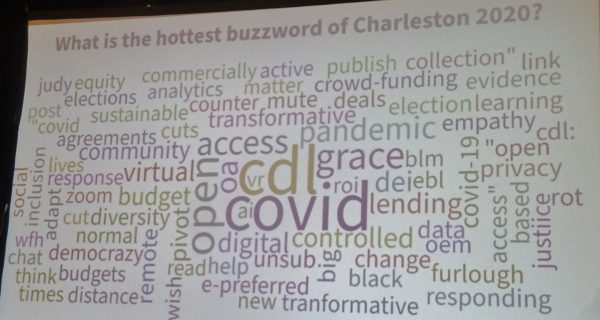 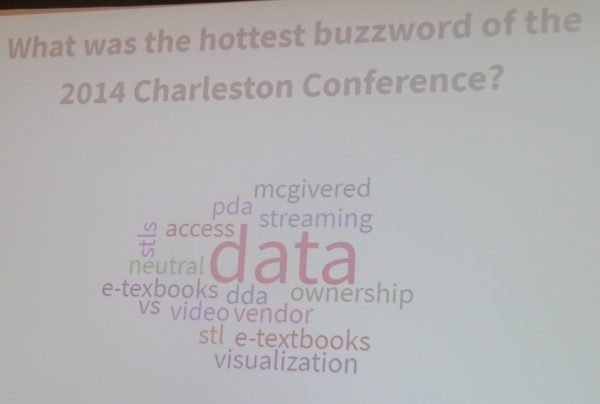 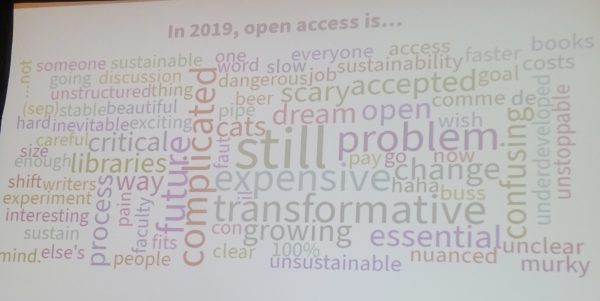 I thank Sandy Avila for giving me the following slides: 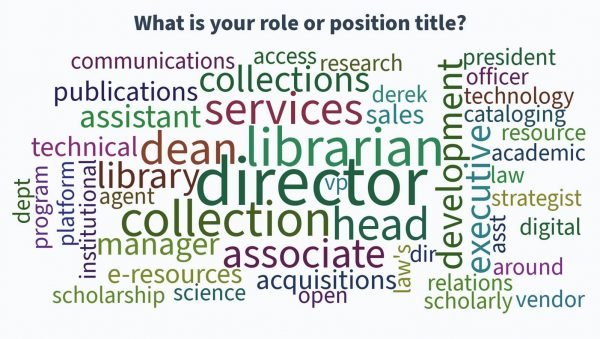 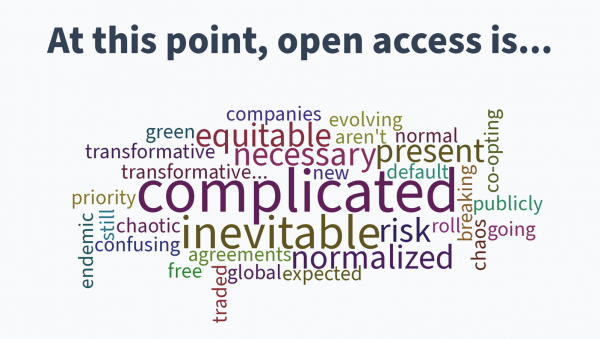 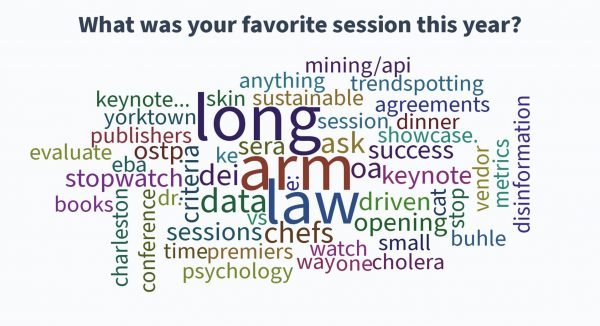 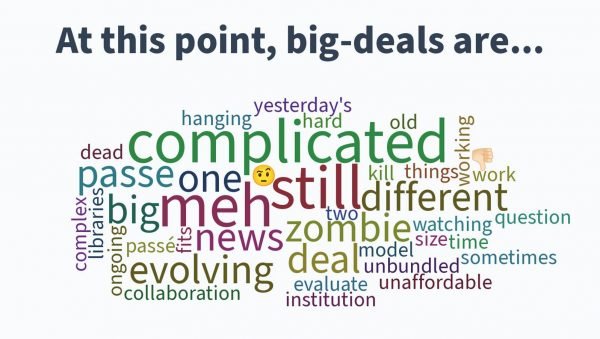 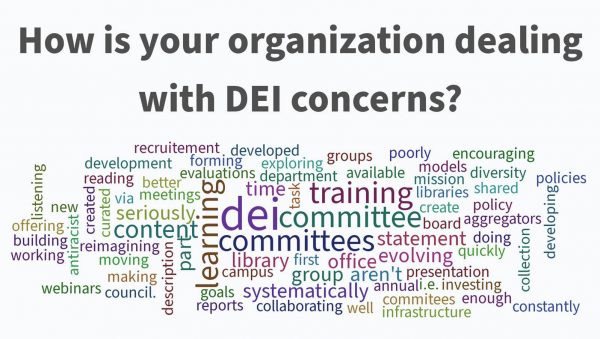 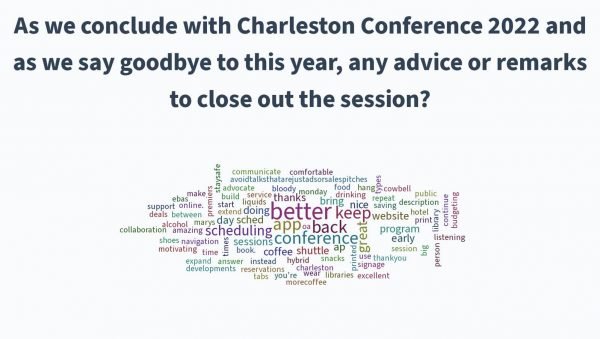 Virtual access to everything starts on November 14 and will be available for a year.