Home 9 Against the Grain 9 Looking Back Over Our Shoulders: the Impact of the Web on Newspaper, Book and Academic Publishing

Looking Back Over Our Shoulders: the Impact of the Web on Newspaper, Book and Academic Publishing 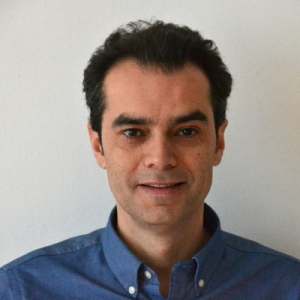 The web has provided revolutionary new ways to exchange information, and as a result, the effects on publishing have been huge. The nature of these changes and the effects on publishers differ significantly between various sectors. Thirty years after the birth of the World Wide Web, let’s take stock and analyze the impact.

The speed and rich multimedia possibilities of the web have led to the emergence of many online news platforms. In the age of social media, even individuals themselves play an increasingly important role in spreading information on current events. Although this has undoubtedly resulted in a much more dynamic ecosystem, it has also raised concerns about the accuracy of information.

The web has challenged the more traditional media outlets who have been forced to adapt quickly and seen a steady decline in print editions. Additionally, the vast amount of free information available on the web has lowered readers’ tolerance for paywalls, leading to the demise of the subscription model. Publishers therefore to a large extent were forced to rely on advertising models, but on the web, publishers face fierce competition from other websites (for example on classifieds, once an important revenue source for newspapers). Moreover, the advertising market is dominated by Google and Facebook, centralized platforms newspaper publishers find themselves increasingly dependent on anyway. Despite the bleak outlook of the market, some global brands remained successful and continued to have high circulation revenues (e.g. The New York Times and the Financial Times).

Contrary to news and academic information, reading from paper has retained most of its appeal, even after the introduction of e-readers around 2005. The internet, however, had a profound impact on the sales of books. Ever since the first online transaction in 1996, Amazon has become a dominant bookseller, greatly expanding and improving publishers’ reach to a global audience (to the detriment of brick and mortar bookshops).

Throughout the years, Amazon continuously attempted to venture deeper into the book industry. It strongly contributed to the introduction of electronic reading (Kindle), audiobooks (Audible), and new subscription models (Amazon unlimited). Amazon Publishing, its book publishing unit, competes directly with publishing houses, although success has been limited. With Amazon’s self publishing platform Kindle Direct Publishing Amazon started to have a real impact on e-publishing sales, with some data suggesting most sold e-books in the US are now self-published.

For an old, traditional industry, academic publishers have been quick to take advantage of the web. Journals are the most important vehicles for scholarly communication. And here, the shift from paper to online has been virtually complete. Publishers started to publish all of their content on centralized platforms as early as the mid-1990s. Online submission and the peer review system, shifting the entire workflow online, followed in the early 2000s. Especially the larger publishers that were able to bring the necessary technological expertise in-house benefited from this transition.

Whereas in the business-to-consumer market subscriptions do not fare well online, the mediation by the library allowed this model to be smoothly ushered into the internet age. With aspects like payments and administration being managed by librarians and technologies like IP recognition and single-sign establishing an ease-of-use, the subscription model continues to be dominant, despite efforts to make open access the standard publication model.

The internet has also introduced new players in the ecosystem, addressing different steps in the researcher’s workflow. This led to a much more vibrant ecosystem, where publishers co-exist  alongside platforms such as pre-print servers and data sharing platforms.

So, what causes the internet to have such profound different impacts on these three industries? In the case of books, the neutral effect is largely caused by a lack of impact. Paper, and therefore traditional books, remained the preferred format. Newspapers, on the other hand, have suffered because of the competition by online-only players, optimally making use of the possibilities of web technology and shifting customer expectations. Equally important, most newspaper publishers have not managed to successfully transfer the subscription model online.

Librarians have proven to be a boon for academic publishers, as they allowed them to bring the subscription model successfully online. In combination with a successful transfer from print to online leading to efficiency and productivity gains, academic publishers, especially the larger ones, can be considered to most successful adaptors after 30 years of the web. But with a continuing criticism on high-profit margins, an increased push to open access (PlanS), as well as the perennial threat of technological disruption, success is not guaranteed for the coming 30 years.