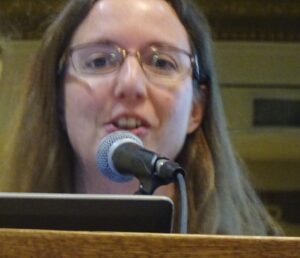 For the closing session, Erin Gallagher, Director of Collection Services, Reed College Library, returned to conduct the 5th “Poll-a-Palooza”.  (According to the Urban Dictionary, a Palooza is “an all-out crazy party, partying at one place with a ton of people like there’s no tomorrow”.)

At last year’s Poll-a-Palooza, attendees were asked to predict the hot topics for this year’s conference, and here is what they said: 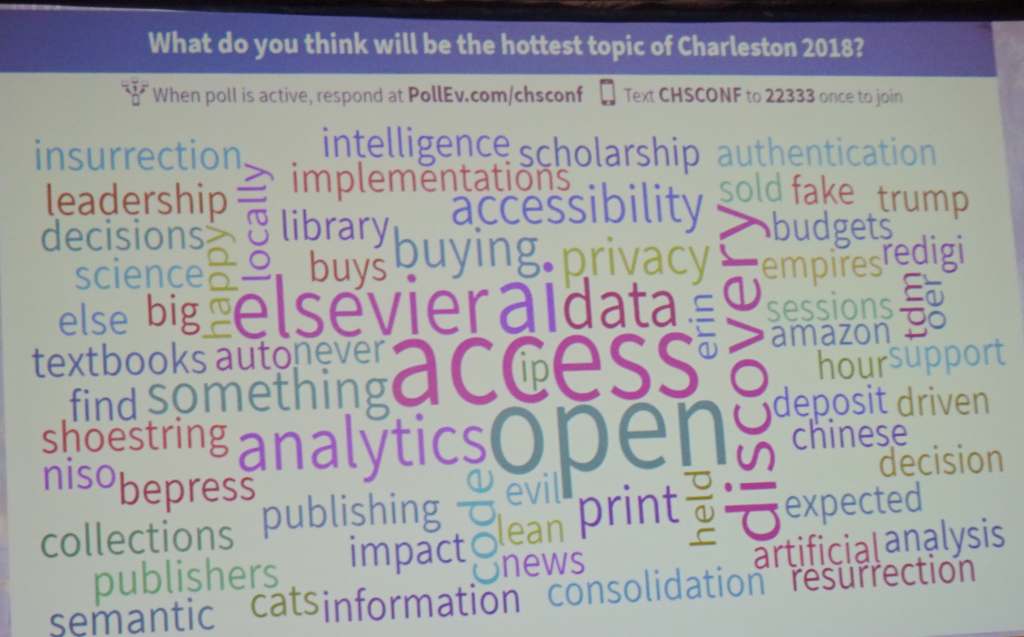 Here are screenshots of the questions asked at the Poll-A-Palooza and the audience responses. Click images for a larger view. 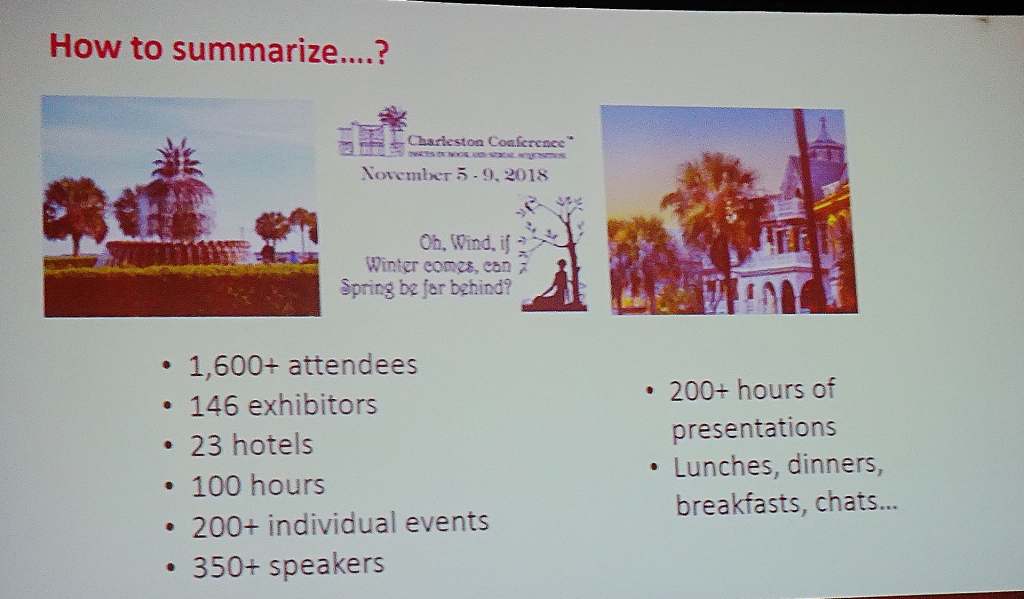 These are some of the major trends at the conference, primarily drawn from the Trend Spotting workshop held on the first day following the preconferences. 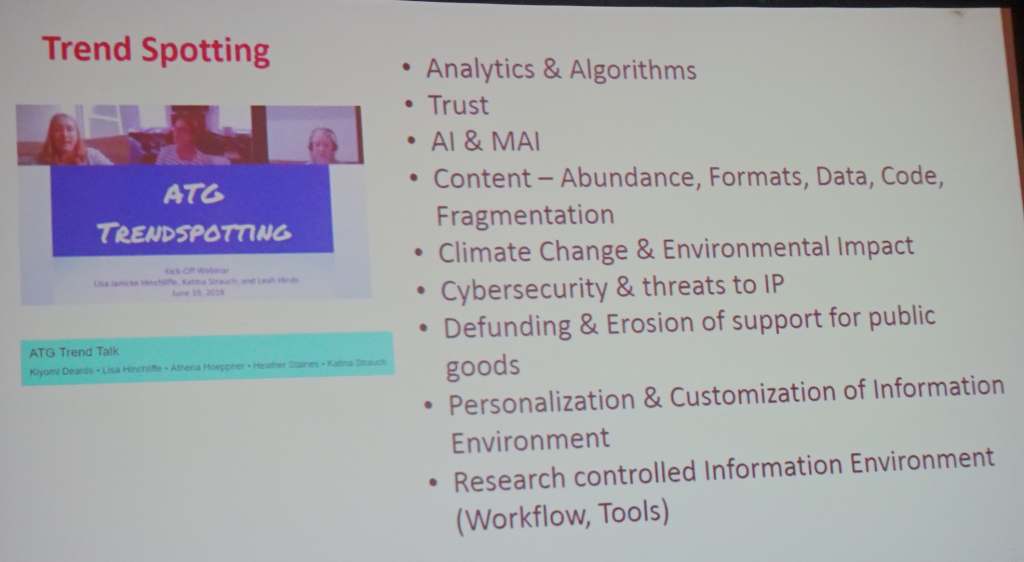 Here are some trends that Rhind-Tutt identified. He gave a special mention of Joris van Rossum’s presentation on blockchain, saying that it was one of the best he had heard and made the concept very clear and understandable. 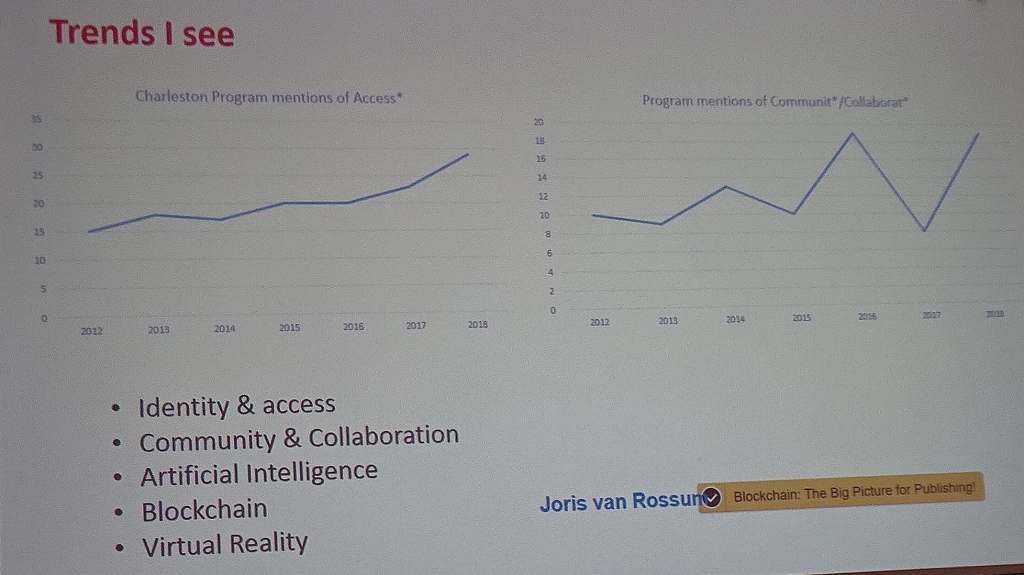 Rind-Tutt also identified the rise of open and OA as one of the most pervasive trends of the conference, with many presentations, some of which are listed here. 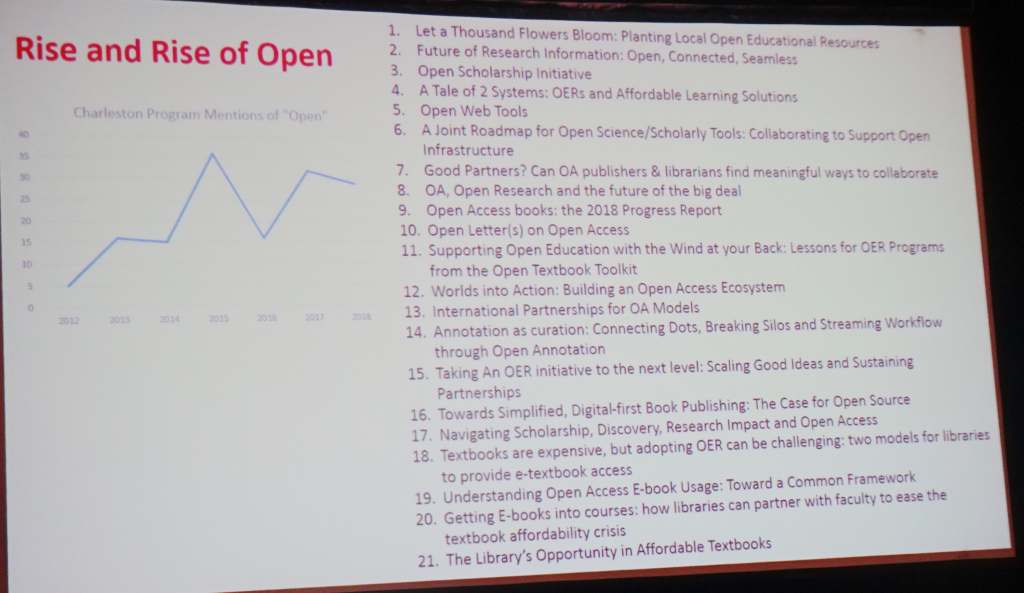 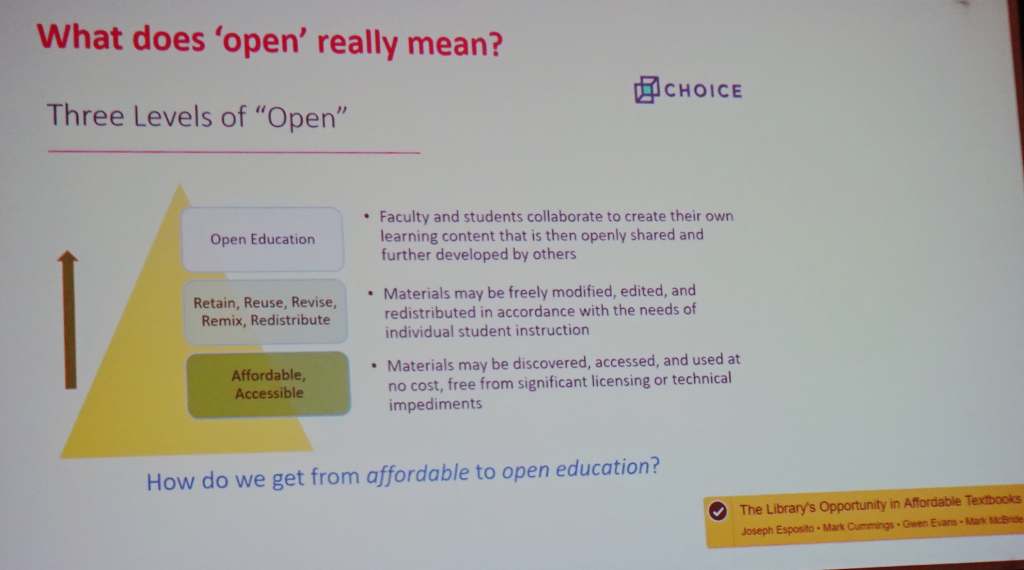 The concept of open also comes into education and training with open educational resources (OER). 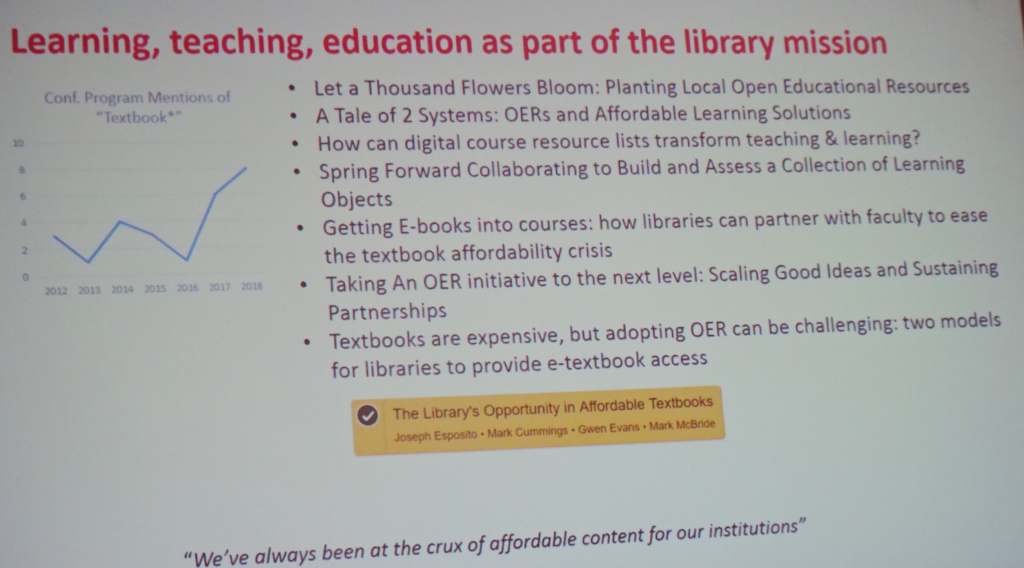 Rhind-Tutt quoted Dr. Garry Henley, Director of MERLOT, who said in 2016, “Materials students might need are available in the library; those they definitely need must be purchased from the bookstore. Openness enables us to build on other people’s work, materials, and expertise with appropriate attribution.” And finally he mentioned the issue of affordable textbooks and libraries’ opportunities, with savings to students served by the OHIOLink system estimated to be as much as $50 million/year.

He urged us to get involved before outsiders make decisions for you that you don’t like.

Following Rhind-Tutt, Barbara Myers Ford, President of Myers Consulting Service described “A Journal Carol in 3 Parts”, which is coming in November 2019. Three journal editors-in-chief will look at the journal across three time periods:

Auditions for editor-in-chief of the project will begin in early 2019.