According to  Nature.com, Robert-Jan Smits, the European Commission’s senior adviser on open access, “is in the United States this week to talk to research funders, scientific societies and representatives of the White House’s Office of Science and Technology Policy. “I’m going for business, not chit-chat,” he told Nature…”

According to ACRL Insider “members of the Library Copyright Alliance (LCA) — the American Library Association, Association of Research Libraries, and ACRL — have been deeply engaged in recent noteworthy legislation affecting copyright.

On September 25, 2018, after more than a decade of advocacy by the library community and our allies, the U.S. House of Representatives passed the Marrakesh Treaty Implementation Act (S. 2559). President Trump is expected to sign the Marrakesh Treaty in October, and a new copyright exception — the first ever in an international treaty — will allow libraries, as authorized entities, to make copies of entire articles and books for people with print disabilities and share that accessible content across borders…”

ACRL Insider also reports that Choice has announced “the third in a series of white papers designed to provide actionable intelligence around topics of importance to the academic library community. This third paper, “Course Materials Adoption: A Faculty Survey and Outlook for the OER Landscape,” is an analysis of the responses to a survey of US faculty conducted by Choice in the spring of this year…”

Every issue of the New Humanist, and its predecessors throughout the years, is now available through the state-of-the-art digital edition developed in partnership with digital publishing experts Exact Editions. Archives of this depth give an important insight into our cultural history and users can now explore those rare pages on web, iOS and Android platforms.

According to infoDOCKET “… in light of the current review of Canada’s copyright law, IFLA has submitted comments in order to strengthen the voice of libraries in the process… In its submission, IFLA therefore advocates for the current very positive provisions to remain unchanged, especially as concerns the right to use works for education strengthened in 2012…”

infoDOCKET reports that “when Hayden Library, Arizona State University’s largest library, re-opens in 2020, its open-stack print collections will have a whole new look.

The future display, curation and delivery of books at ASU, and how those books interact with the heavily digital-dwelling community in which they are present, is the focus of the Future of Print initiative, an exploration into the behaviors, needs and expectations of 21st-century academic library users…”

Also according to infoDOCKET “in the far north of Norway, near the Arctic Circle, experts at the National Library of Norway’s (NLN) secure storage facility are in the process of implementing an astonishing plan.

They aim to digitize everything ever published in Norway: books, newspapers, manuscripts, posters, photos, movies, broadcasts, and maps, as well as all websites on the Norwegian .no domain…”

OCLC News reports that “OCLC Research, in partnership with the Council of Australian University Librarians (CAUL), is conducting a survey to gauge innovation trends and priorities in research libraries. The survey is being sent to library directors at 47 institutions in Australia and New Zealand…”

According to KnowledgeSpeak “the Coalition for Diversity and Inclusion in Scholarly Communications (C4DISC) has released a Joint Statement of Principles to demonstrate the commitment of participating organisations to promote involvement, innovation, and expanded access to leadership opportunities that maximise engagement across identity groups and professional levels. C4DISC currently comprises ten trade and professional associations that represent organisations and individuals working in scholarly communications. 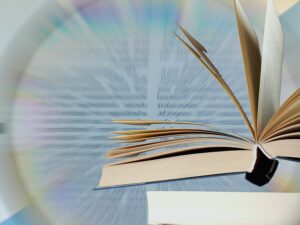 MORE LIBRARY AND PUBLISHING NEWS FROM A VARIETY OF SOURCES