v29 #4 From the Reference Desk

by Tom Gilson  (Associate Editor, Against the Grain, and Head of Reference Emeritus, College of Charleston,
Charleston, SC 29401) 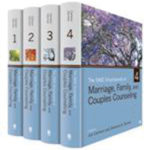 SAGE has a new four-volume set that offers coverage of a somewhat specialized field drawing from a variety of disciplines.  In more than 500 articles, the SAGE Encyclopedia of Marriage, Family and Couples Counseling (2017, 978-1483369556, $650) discusses diverse theories, approaches, and techniques that are studied by students and utilized by professionals.  Edited by Jon Carlson and Shannon B. Dermer, this encyclopedia seeks to provide a scholarly but accessible resource focused on a field of ever increasing interest and importance.  It also tries to reflect and bring together varying threads from the different disciplines that contribute to the field.

One would expect a reference of this nature to provide significant coverage of major concepts, models, interventions, and techniques and this encyclopedia does not disappoint.  Entries range from those on family rituals to marriage education and from the nuclear family to gender roles, as well as, those that deal with specifics like the Gottman Method Couples Therapy, Marriage Enrichment, Conflict Resolution and Alderian Family Therapy.  Numerous articles also delve into subjects like assessment, communication, and parenting, as well as into issues like intimacy, sexuality, and violence and abuse.  Additional entries also focus on professional concerns like standards, research and diagnosing disorders.

The diversity and depth of coverage is impressive while the approach taken by the encyclopedia contributors is fact-based, academic, well-researched, and professional.  Given these factors, the encyclopedia should prove helpful and informative to audiences ranging from interested undergraduates to active professionals.  Adding to the scholarly value of the set are the bibliographies following each entry and the two appendices.  The first provides a history of marriage, family and couples counseling and the second, a resource guide providing numerous professional association and organization websites and a listing of seminal publications in the field.  The entries are organized alphabetically and each of the four volumes contains a full list of articles and a valuable Readers Guide arranged by broad topic.  A well-crafted index in the last volume provides readers with access to specific topics and relevant volume and page numbers. 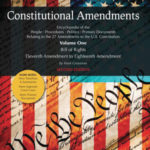 Grey House has recently published a second edition of Constitutional Amendments: An Encyclopedia of the People • Procedures • Politics • Primary Documents and Campaigns for the 27 Amendments to the Constitution of the United States (2017, 978-1-68217-176-9, $275).  Once again authored by Mark Grossman, this version updates the 2012 edition.

As in the first edition, Mr. Grossman organizes this reference in a way that will help add historical context for the researcher.  Starting with a chapter that treats the first 10 amendments or Bill of Rights, he continues with chapters on each of the other individual amendments arranging them in the sequence of their passage.  Each chapter is arranged using a set topic structure of six sections.  The first section covers the amendment itself starting with a brief summary followed by a timeline, both of which are new to this edition.  These are followed by an introduction, a discussion of the debate in Congress, brief historical background documents and the amendment as submitted to the states.  Section two consists of original primary documents i.e., newspaper articles showing how public opinion differed in various regions.  The third section offers analysis of relevant Supreme Court cases, the fourth provides biographical sketches of the main players, and the fifth lists footnotes, sources and further reading.  The last section gives readers a snapshot of what was happening in the country while the amendment was passing through ratification.  The set also includes appendices that discuss the Constitutional amendment process, the ratification process, and a discussion of the six amendments that were proposed but never ratified.

With this two-volume work, Mr. Grossman offers a unique contribution.  Constitutional Amendments: An Encyclopedia of the People… is a work that, by utilizing numerous documents and other primary sources, provides careful readers with a historically accurate sense of the contemporary political and social environment in which each amendment was fashioned.  As such, it offers not only relevant facts but helpful context that will aid in understanding the process that went into the creation of these seminal elements in American Constitutional law.  This set will be a worthy addition to academic libraries supporting history, political science, and American law courses.  Larger public libraries where there is patron interest will also want to consider it for their collections.  While Mr. Grossman has added new features, libraries that have the first edition will need to determine if these additions warrant purchase.  (Buyers of the Two-Volume Set get free online access at http://gold.greyhouse.com) 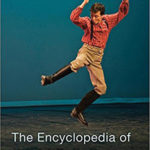 The Encyclopedia of World Folk Dance (2016, 978-1442257481, $95) is a single-volume work written by prolific encyclopedia author Mary Ellen Snodgrass.  In this reference, Ms. Snodgrass offers a survey of world folk dance that includes facts and descriptions related to 168 relevant topics and does so from the broadest historical perspective.

As one would expect the bulk of the entries cover individual folk dances from different cultures providing descriptions of steps, figures, choreography, and costumes as well as a discussion of the dance’s history and significance.  A number of entries also discuss the dance of specific cultures as diverse as Arab, Kurdish, Malay, Jewish, Greek, and Sufi among others.  In addition, there are entries that highlight the general cultural significance of folk dance.  Articles discuss dance as an expression of universal activities and events like the harvest, coming-of-age, healing, mating, sacrifice, and worship.

Added features include a useful chronology that lists major developments in the history of folk dance from 5000 BCE to the present.  There is also a glossary that adds clarity with helpful definitions.  Black-and-white photographs are used to enhance the text throughout and a there is a center piece consisting of sixteen pages of color photos that illustrate numerous folk dances.  “See also” references follow each entry as does the source(s) citation.  A well-planned general index provides access to specifics.

Encyclopedia of World Folk Dance offers students a reader friendly, informed starting place for their research with definitions, descriptions, as well as both historical and cultural context.  Author Mary Ellen Snodgrass covers specific folk dances and places them within the cultural traditions in which they are found.  She also discusses dance in relationship to other topics like the arts, literature, and film, as well as religious and ceremonial practice.  In addition, Ms. Snodgrass offers helpful insights about the relationship that dances from different cultures have with one another.  This reference should appeal to both academic and public libraries and may also be considered by some high school libraries where there is interest.  Many larger libraries will find it appropriate for their circulating collections. 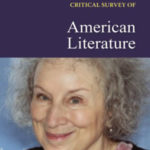 Salem Press recently released the third edition of Critical Survey of American Literature (2016, 9781682171288, $499) in six volumes.  The set was originally published as Magill’s Survey of American Literature in 1991 with 266 entries and revised in 2007 with an additional 73 authors included.  This latest edition adds another 73 authors to the mix, bringing the total coverage to 412 major novelists, dramatists and poets.

As with past editions, this version of the Critical Survey of American Literature profiles both U.S. and Canadian authors.  The authors are drawn from all time periods and from multiple genres and are selected primarily because they are often studied in middle-school, high school, and college curriculums.  As such, there will be few surprises among the profiles, although some lesser known historical figures like Charles Brockden Brown and George Washington Cable are new to this edition, as are more authors associated with young adult literature like Daniel Pinkwater and Rick Riordan.  Each entry employs a uniform format and includes a biography, critical analysis, discussions of key works, and a summary of the author’s legacy.  These sections are followed by a bibliography of the author’s works, possible discussion topics and a list of sources about the author.  Value added features include a glossary of literary terms and a section that groups the authors into 14 categories by country, ethnicity, gender, and genre.  Entries are arranged alphabetically through the six volumes and there is a title index that lists all featured works.

The Critical Survey of American Literature should prove a welcome starting point for students ranging from late middle school to freshman year in college.  It offers a well-balanced mix of biography and analysis along with insights on essential works, all written in a straight-forward but informed style.  In addition, the discussion topics section will provide potential ideas for students in search of topics for research papers while the list of sources about the authors will lead to helpful references.  Libraries that have found prior editions of value will want to add this newest version to their collections.  (Following Salem Press’ usual practice, libraries purchasing the Critical Survey of American Literature print set receive free online access.)

Salem Press has a couple of revised editions that should be of interest:

Oxford University Press also has a couple of new titles just off the presses.