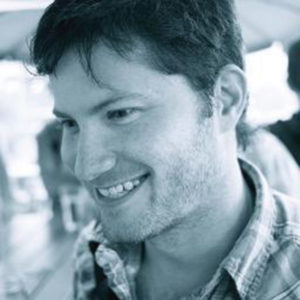 Early life:  Earned a doctorate from Stanford University in Genetics working on adult blood stem cell therapy in the lab of Michele Calos.  Prior to this, earned a bachelor’s degree in Microbiology from BYU.

PROFESSIONAL CAREER AND ACTIVITIES:  At the end of my doctorate I launched a startup designed to provide academic literature recommendations based on papers academics had bookmarked.  Eventually this was scuttled in favor of joining Mendeley in early 2009 as Head of R&D to develop the data mining team and various products.  In 2011, I left Mendeley to start PeerJ, where Peter Binfield joined as a co-founder prior to the official launch in May 2012.

FAMILY:  I live in London with my partner and three children.

IN MY SPARE TIME I LIKE TO:  Run, do indoor climbing, explore the Welsh and English countrysides, and long for California weather!

FAVORITE BOOKS:  Gene Dreams — read while an undergraduate and inspired me to pursue an industry career post-graduate school;  We — Russian dystopia that inspired 1984.

PET PEEVES:  You’re either early or late;  there is no on-time.

MOST MEMORABLE CAREER ACHIEVEMENT:  Getting our first $100 payment from a PeerJ fan before we officially launched, especially since he never wanted to publish, but stated that he was motivated by the mission of the journal.

GOAL I HOPE TO ACHIEVE FIVE YEARS FROM NOW:  Have dramatically lowered the average cost for both APCs and subscription charges across the industry so that it is more affordable to researchers.