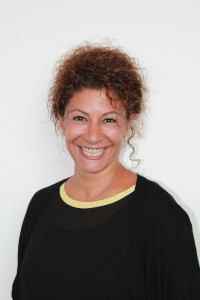 Born and lived:  Born and lived in Ankara, Turkey until after graduation from university, lived in Amsterdam, the Netherlands after university until recently. Currently residing in Turkey, traveling globally mainly for business.

Family:  Parents, sister, one niece, and one nephew who all live in Ankara Turkey.

In my spare time I LIKE:  Running, fitness, yoga and meditation.  Cooking when I am home.  Spending time with family and friends.

Favorite books:  Jonathan Livingston Seagull by Richard Bach, Shibumi and The Summer of Katja by Trevanian, One Flew Over the Cuckoo’s Nest by Ken Kesey, and several works by Henry David Thoreau.

Most memorable career achievement:  Saving my company from SIS bankruptcy with minimal damage for staff and customers, while showing growth within ten months after this takeover.

Goal I hope to achieve five years from now:  More career and growth opportunities for staff, better services for publishers in different areas.  More time with loved ones.  Staying healthy and happy.

How/where do I see the industry in five years:  More consolidation in publishing and services.  Growth of small companies with better/more flexible services.  Change in aggregation business (less big deals/more focused packages).  Technology companies to reinvent themselves including services to their offering.  Different alternatives for smaller publishers to be supported by (not just large publishers and/or aggregators).  Societies spending more time in their membership businesses to readjust/strengthen their relations with their members.