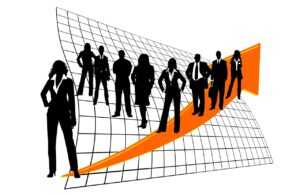 GalleyCat reports that “the National Book Award winners for 2015 have been revealed.

GalleyCat also notes that “Markus Dohle, the CEO of Penguin Random House, announced that Don Weisberg, the current president of Penguin Young Readers, will be leaving the company. Weisberg has accepted the position of president of Macmillan Publishers U.S.

Jen Loja, a senior vice president and associate publisher, has been appointed as Weisberg’s successor. Loja’s start date has been scheduled for Dec. 1…”

According to KnowledgeSpeak “the American Psychological Association Board of Directors has announced the appointment of Dr. Cynthia D. Belar as the interim chief executive officer, effective January 1. She will succeed Dr. Norman B. Anderson, who is retiring at year-end. Belar has a wealth of knowledge about APA, garnered from her experience as a member of APA governance, a division leader and, most recently, having served as APA’s executive director for education from 2000 until her retirement in 2014.

And also according to GalleyCat “a number of staff changes have been made at Melville House.  One staff member has received a promotion. Henceforth, Julia Fleischaker will hold the position of director of marketing and publicity.

The company has also recruited several new hires. Chad Felix has been hired to serve as manager of direct sales and library marketing. Ena Brdjanovic has left HarperCollins to take on two roles: director of digital marketing and editor of the MobyLives blog. Kait Howard has been brought on as a publicist…”

Publisher Lunch reports a number of “people in the news” items including Kobo promoting “Michael Tamblyn to chief executive officer, effective January 2016, as well as vice executive manager of the Rakuten Global eBook Business (which includes Overdrive and Aquafadas). He succeeds Takahito Aiki, who remains with the company as chairman of Kobo and managing executive officer of the global ebook business…