As part of its Masters in Publishing series of educational events, the Association of Learned and Professional Society Publishers (ALPSP, http://www.alpsp.org), in cooperation with the Copyright Clearance Center (CCC, http://www.copyright.com), conducted a Webinar featuring Jan Reichelt, Co-Founder and President of Mendeley, on May 14, 2014.  ALPSP’s series “spotlights industry leaders in publishing whose innovations are charting new courses and whose successes are built on both taking and managing risk.”

Reichelt began by reviewing the recent history of Mendeley, and then devoted the majority of his presentation to a discussion of Elsevier’s recent acquisition of Mendeley, highlighting its effects on publishers and users.  When the acquisition was announced, concerns were raised by a number of publishers who were working with Mendeley, as well as by some of its users.  There was even an article in The New Yorker discussing the impact of the transaction (“When the Rebel Alliance Sells Out,” April 12, 2013, http://www.newyorker.com/online/blogs/elements/2013/04/elsevier-mendeley-journals-science-software.html), which reported that several prominent Mendeley users said that they did not trust Elsevier and would be closing their Mendeley accounts.  But Mendeley executives scrutinized the deal and its opportunities very closely, concluding that they would be able to continue demonstrating more value to users, while being able to grow the service significantly because of an infusion of funding from Elsevier’s deep pockets and connection to internal assets.  In the end, only about 30 people closed their accounts, but Mendeley received 3,000 new users who saw the transaction as an indication that the service would be available for the long-term.

Mendeley’s vision is to focus on building a global collaboration network for researchers.  Indeed, Reichelt said, the service originally grew out of frustrations that he and his co-founders had with a lack of tools to foster collaboration by researchers.  The aim of the service is therefore to continuously increase users’ interaction with content.

•    Its end-user service provides capabilities to increase productivity by permitting researchers to store, organize, and annotate references in their personal collections, and to collaborate by networking with others having similar research interests.  (Reichelt noted that collaboration is an important part of research activity.)  Data collected anonymously on users’ behavior in interacting with their collections is used by the system to provide statistics on publication impacts and personalized recommendations to researchers on related relevant publications.  Mendeley is a strong supporter of the recently popular altmetrics movement.

•    Following requests by librarians at several academic institutions, the “Mendeley Institutional Edition” was created to allow librarians and others to see the patterns of content usage across an entire institution.  One issue that arose after its introduction was a concern by publishers regarding copyright issues, but after much discussion, the viewpoint of Mendeley executives was that article sharing by researchers is a natural part of their collaborative activities, and that Mendeley would seek arrangements with publishers to permit it.

Mendeley’s data aggregation model leverages existing social activity to build a discovery engine that groups researchers’ stored content by topic, popular articles, tags, and active users.  It also provides a recommendation engine which anonymously compares a users’ reading list with that of others and presents the user with a list of non-overlapping articles, thus suggesting other potentially unknown but relevant content to the user, however without providing full-text access to this content.

The Mendeley research network currently has about three million users from major universities around the world, such as the University of Cambridge, University of Oxford, Stanford, MIT, and Harvard.  Looking at the state of the industry as a whole, Reichelt said that publishers provide much of the valuable content and associated metadata to the academic community via their publishing activities, but the “social layer” of research has not been widely addressed, an area in which Mendeley aims to play a leading role.  He wondered what would happen in the publishing industry if the social layer were to become a major driver of how researchers discover and interact with content, which has happened in other industries, resulting in new content products being created, and that the industry should jointly discuss ways to understand and react to this trend.

Turning to a discussion of Mendeley’s relationship with Elsevier, Reichelt noted that before the acquisition, it was a small company with limited resources, but it now has access to increased funding, knowledge assets, and existing relationships with publishers and customers.  Mendeley’s services have been integrated with some of Elsevier’s existing and similarly publisher-neutral products; for example, a “Save to Mendeley” button has been added to Scopus results screens.  Reichelt was careful to note, however, that Mendeley’s existing relationships with other publishers will continue to be supported and expanded, and extensive efforts have been made to ensure that their proprietary data will be protected.  He said that Mendeley has taken steps to becoming a publisher-friendly scientific social network and hence an alternative to Dropbox or email, by reporting insights into user behavior, and delivering COUNTER-compliant reporting to support publishers’ sales and marketing activities.  Researcher behavior is a key concept for Mendeley, which continues to look at the entire research process.

Reichelt concluded that combining content and data with technology is incredibly powerful, and that the Mendeley-Elsevier transaction has created an additional publisher-neutral platform and hence a model of how digital publishers can survive and prosper in today’s digital environment.  He acknowledged that the integration has had its painful moments, which have taken time to resolve, but it also has provided significant benefits, including creating more exposure for and engagement with publisher content, and building a global researcher collaboration network, while being respectful of copyright and supporting the publishing industry.

In the question period, a number of interesting issues were raised by Webinar attendees.  They are shown here, along with Reichelt’s responses.

What Mendeley data is shared with Elsevier?

JR:  We share how many users we have, and the results of agreed experimental trials, e.g., PDF previews and their positive impact on user and content engagement.

We do not share usage information from different publishers or other competitively sensitive information.

How do CCC licenses work with Mendeley?

Are there any key trends among users in different areas of the world?

JR:  There are few differences between regions; problems tend to be the same everywhere.  Usage patterns are the same.  The more that users can do online, the more they appreciate the product.

What other publishers have been partnered with and what do those partnerships look like?

JR:  With the first publishers we have amended their Scopus agreement, so Mendeley can use such data to provide better reporting to publishers, and we are seeking more agreements with additional publishers.

What is the future of academic social networking?

What would you do differently if you were starting over today?  What are the most critical aspects of a platform?

JR:  I would not underestimate the power of data, its part in how people interact, and how much insight we can gain from it.  The easier we make it for people to interact with content, the more they will do it.  I would push for ways that we can make more content available to more people.

What does sharing of datasets represent for Mendeley?  Will this increase on the platform?  Are there any related copyright issues?

JR:  People are not generally using Mendeley to share datasets yet, but it is becoming an increasing activity.  We have a team looking at how to deposit and manage datasets.  We need to think about how to establish standards.

What are your institutional tools and what is your strategy of reaching the institutional market and increasing the use of Mendeley?

Is advertising a revenue stream for Mendeley?

JR:  It has been an area of interest but it is not currently a revenue stream, and does not appear to be one in the future.  Now that we have funding from Elsevier, we probably will not need advertising revenues.  We are far away from displaying any advertising on Mendeley.

Donald T. Hawkins is an information industry freelance writer based in Pennsylvania.  In addition to blogging and writing about conferences for Against the Grain, he blogs the Computers in Libraries and Internet Librarian conferences for Information Today, Inc. (ITI) and maintains the Conference Calendar on the ITI Website (http://www.infotoday.com/calendar.asp).  He recently contributed a chapter to the book Special Libraries: A Survival Guide (ABC-Clio, 2013) and is the Editor of Personal Archiving, (Information Today, 2013).  He holds a Ph.D. degree from the University of California, Berkeley and has worked in the online information industry for over 40 years. 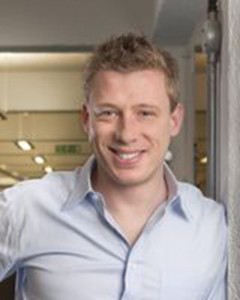