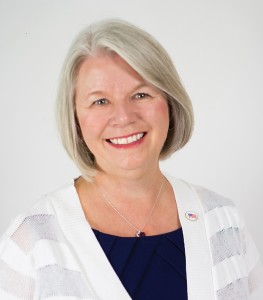 She and Jessica Kemp, Alexander Street’s Marketing Director, engaged in an email chat recently.  Below is an edited version of their exchange. — KS

JK:  How did you get involved in media librarianship?

JH:  I majored in history in my undergraduate work at North Carolina State University and also worked as a student assistant in the library.  There I was greatly influenced by the power of images, especially after John Berger released his book and subsequent film, Ways of Seeing.  I became involved in automating the first serials catalog at NC State and realized that technology can be a change-maker in learning.

While at library school at UNC-Greensboro, I was influenced by Dr. Theodore Hines, who published the Elementary School Library Collection with his wife, and I worked with them in keypunching titles that included both print and nonprint materials.  It was groundbreaking because in this project, nonprint media held the same importance as the written word.  Instructional technology became my passion.  I went on to be the coordinator of the Learning Resources Center for the College of Education and Psychology at NC State.  I quickly immersed myself in attending the EFLA and later the AFVA and reviewing 16mm films.

With the advent of computers my dream was to access visual content along with text.  I began working on this concept in the ’80s and ’90s, hosting local videos on our server. I organized a Video Summit in NYC to bring distributors, filmmakers, and buyers together to air concerns and work out models for purchasing and access.  During that time, William Paterson University was the principal in obtaining an IMLS grant to develop a video portal for the State of New Jersey.  Working with Rutgers and NJEDge.Net (our statewide backbone), we developed a portal called NJVID.net to host content consisting of three collections: local, public domain, and commercial licensing for our member institutions.  My dream became a reality.  I continue to serve academic librarians in the state by negotiating licenses to host commercial content.  Technology is great, but without content it falls short.

JK:  How is the media librarian’s role evolving?

JH:  The media librarian’s role is evolving from one who maintains a physical collection to one who maintains a virtual one.  It is similar to the evolving role of reference librarians who once went to print collections for answers to questions and now finds those resources in the cloud.  Media librarians still need to review, evaluate, and select content, but accessibility is key.  Knowing the curriculum and how it will be used is vital in ensuring that the collection is relevant and easy to access.  Media librarians need to work hand-in-hand with IT so that once content is selected, it can be ingested and accessible to the user.

There are many tools that are available to assist users in accessing and using media such as developing playlists, creating learning objects, and annotating.  Media librarians need to be able to work with users in developing the skills and knowledge to meet their needs.

All librarians, but especially media librarians, need to know more about copyright than ever before.  With these new tools and the ease of transforming content from one format to another, media librarians need to be leaders in interpreting copyright and following best practices.  My role at my university has evolved to include that responsibility — that is, working with faculty and students and our IT staff and educating them about copyright.

JK:  What is one thing you’re excited about when it comes to media in the academy?

JH:  I always look forward to the National Media Market, where I can review all the new content that is available.  It is so exciting to be able to view firsthand new titles and talk with distributors and filmmakers about what’s around the next corner.

Media is certainly taking its place in the academy alongside text, and faculty are realizing the importance of media in today’s learning.  We are leveraging technology to bring video content any where, any place.  Libraries are starting to pay more attention to media and putting streaming media into their budgets.  Along with the evolution of eBooks, library administrators realize that these new models do work and video streaming is becoming more mainstream.

JK:  And one thing you’re concerned about?

JH:  I am concerned about the demise of the media librarian and the lack of courses found in library school.  So much emphasis is on information literacy and systems, and these are certainly essential.  The place of media in the academy, however, is being neglected.  Media librarians are becoming a dying breed.  deg and I recently conducted a survey, the results of which indicated that media selection is almost always handled by someone other than a media librarian.  In many cases, responsibility for media selection is being absorbed by subject librarians, and while that is positive in certain respects, often media is deemed “less important.”  Subject librarians don’t have the time to become knowledgeable about a new format and don’t have the experience of locating and selecting appropriate titles for their libraries.

I am also concerned about the demise of small independent media distributors.  They seek out alternative viewpoints and bring important perspectives to the academy. It is harder to make a living producing and distributing independent films.  Larger distributors are growing, and hopefully they will purchase independently produced content that is vital to our academy and keep independent filmmakers in business.

JK:  Five years from now, what will streaming media’s role in the library be?

JH:  From the survey that deg and I conducted, we’re finding that there is still a disconnect between the librarian and IT.  They are starting to communicate with each other, but there continues to be silos between the two on campus.  Through reorganization sometimes this marriage is forced.  It is a challenge for the librarian to communicate and to coordinate efforts.